This announcement comes with a heavy heart. We never thought we would be in this position. It is with great sadness that we are having to make this announcement official. After long hours, creative planning, exhausting all resources, and working collectively with the City of Tucumcari, we are cancelling this year’s Rockin’ Route 66 Festival due to the COVID-19 pandemic. During the last several months, we have watched so many festivals like ours forced to cancel. We were hoping that time would be on our side. We wanted this year to be about supporting a lifestyle devastated by the pandemic and choices following the outbreak that have affected us all. We have seen many artists and other entertainers having to involuntarily cancel tours worldwide. We have heard from so many vendors on how they have been impacted. Now, we have to face the collective decision to cancel this year’s festival that was scheduled for June 25th-28th, 2020 in Tucumcari, New Mexico.

Our thoughts go out to all the families and businesses that have been impacted by this pandemic. The effects blur all lines, as the virus sees no color, no boundaries, no distinction of age, nor cares who you are as a person. We know personally how this has impacted entertainers. So many of the artists were looking forward to entertaining you and a few have now been displaced from their homes. We know how this has impacted so many sponsors who looked forward with anticipation to the exposure of their amazing products at our show, including the launch of a nostalgic-inspired soda brand. On the other hand, we have also observed people coming together and standing strong. We have witnessed generosity coming from others you would never expect. We ourselves have been involved with several on-line performances supporting artists who have lost months of work. We continue to share new releases of material, works of art, and do our best to support local establishments when it comes to purchases during this challenging period in our life.

We want to thank our sponsors for staying by our side through this decision-making process. We have extended an offer to all of our sponsors that their support will carry over to the upcoming 95th anniversary of Route 66 at Rockin’ Route 66 during the last weekend of June in 2021. We want to thank the Lodger’s Tax Board for their amazing support through this entire step-by-step process. The festival is partially funded by the Lodger’s Tax Board, and we have worked through several tasks to get to this point, where it is almost anti-climatic. We want to thank the City of Tucumcari for their support. We collectively have worked through several daunting hurdles. We all have collectively come through this at the end stronger together. 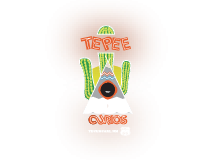 There is a silver lining to all of this. Next year is the commemorative 95th anniversary of Route 66. So, if there was ever a time to be compelled to reschedule a festival and your plans, the timing is right. Throughout this current festival year, the producers have already started work on some new additions to ensure the 95th anniversary will be special. We will be making continuing announcements keeping everyone informed. This is only the beginning of our unwavering love of Tucumcari, and ensuring the “heartbeat of Route 66” is heard worldwide.

All motels have already agreed to hold over reservations until 2021. Make sure you contact them as soon as possible because as we know with the anniversary year, rooms will be limited in town. If you plan to still make a trip to Tucumcari this year, we highly encourage it. Tucumcari and all of its special magic in town and on Route 66 still exists. Yes, you may need to alter some plans and be supportive of local decisions, but America is open for business, and we need to support her.

With all this said, we have received an overwhelming amount of support and have already scheduled next year’s festival June 24th – 27th, 2021. This will be in conjunction with celebrating Route 66’s 95th anniversary. We are announcing that most of this year’s scheduled line-up has already committed to returning to Tucumcari, New Mexico, next year. We can also make the announcement of our amazing headliner line-up that includes Linda Gail Lewis, Rosie Flores, and the Rockets with Danny B. Harvey on guitar, Smutty Smiff on upright bass, Dibbs Preston as lead vocals, and Barry Ryan on Guitar. There will be a few surprises added to this line-up later in the year as we are now even more excited to get ready to “get our kicks on Route 66”.

This being said, we will be airing a livestream concert event with several of the artists that have played or will be playing the Rockin Route 66’s festival in years to come. The livestream performance will air on June 27th at 6:15PM EDT on Rockin’ Route 66’s website and Facebook page:

The line-up will be:

Atomic Boogie is one of those rare bands that actually live the lifestyle they sing about. They drive rusty Ratrods, and play real southern roots music without sounding like most retro bands. Atomic Boogie has created their own brand of Rockabilly, Blues, Jump, Hillbilly, Outlaw Country, Roots Rock and Psychobilly. After 15 years of countless gigs across the South they live up to the name of Rockabilly Outlaws!!!

Known in the east as a high energy Rockabilly, Americana, and good ol’ Rock and Roll band, Slim and the Gems have enjoyed playing the Motel Safari’s Main Stage at Rockin’ Route 66. The band features Monroe Slim on Vocals and guitar, Zen Ford on Drums and vocals, and Rocking Rob Russo on the upright bass. With over 40 years of experience they bring their own brand of non-traditional Rockabilly originals as well as a wide variety of covers.

Slim is an accomplished musician with 35-plus years of experience, most of it being on bass. It’s only recently after a struggle trying to find the right person that he moved over to play guitar. After just a short time, he developed a style of his own that is unique and interesting. Slim does most of the songwriting for the Gems and lead vocals as well. Zen started at an early age playing drums in church, as many musicians have. With his over 35-year experience he has grown into one of the best straightforward pocket drummers in the area, known by the Gems as the human metronome!! Zen has played a variety of different types of music over the years, which has made him one of the driving forces behind the Gems’ music. Rocking Rob from the Motor City has spent a number of years playing slap bass until a few years ago when someone let him play an upright. From that point on he has been slapping thunder throughout the southeast. His rhythmic walks and percussive slaps along with his onstage hijinks make him not only fun to watch but a pleasure to hear.

Our very own Rev. Andy of Garage71 radio and Grease Inc. will be your host for the night as we broadcast from an as-yet undisclosed location. Though we understand this will not fill the shoes of Rockin’ Route 66, we hope you’ll enjoy a great show with amazing talent!

You will be able to donate to the festival and performers through several available apps including:

To close, the producers of Rockin’ Route 66 want to extend our thoughts and prayers to all musicians and artists worldwide. We hope that our attitude proves to you that all producers are in this with you and the crew at Garage71 and Grease Inc. will continue to focus on positive creative ideas our lifestyle can benefit from. We want to thank all the front-line staff that have worked countless hours with little appreciation at the start of this pandemic. May all of you working in these current conditions stay healthy both in mind and body. Lastly, we want to thank again the City of Tucumcari. We feel as though Rockin’ Route 66 has become a part of your community and we look forward to next year’s festival. We are here together to stand strong and show everyone in the world that Tucumcari is “The Heartbeat of Route 66″….