Rockabilly Rumble at Southern Devil was a huge success despite having to push back Rockin Route 66 until June of 2022.

This year is the 7th annual Rockabilly Rumble presented by Steelhorse Law at Southern Devil Harley-Davidson. The crew of Garage71 created the one day event to highlight regional rockabilly music, the kustom kulture, and hot rods. Generally, a late season event, Garage71 and Southern Devil Harley-Davidson wanted to kick off the post pandemic riding season with some good ol’ rock n roll.

The date this year for the Rumble was moved to June 27th in lieu of cancelling Rockin Route 66. The New Mexico festival was cancelled again this year due to the State of New Mexico’s current restrictions. The state would not look at lifting festival restrictions until the last week of June, leading into the 4th of July. We missed the window by one week.

Subsequently, the changing of the dates for the Rockabilly Rumble worked for this year. It was a great fill in during a time we wanted to be out west.

We did enjoy having some of the Rockin’ Route 66 entertainment lineup at Rockabilly Rumble. Opening the show, we had Atomic Boogie. You saw Atomic Boogie both on the Motel Safari mainstage. These honky tonk rebels also wrapped up the entire festival with an additional show at the VFW after party.

Atomic Boogie is one of those rare bands that actually live the lifestyle they sing about they drive rusty Ratrods and play real southern roots music without sounding like most retro bands. With their own brand of Rockabilly, Blues, jump, Hillbilly, Outlaw Country, roots rock and Psychobilly. And after 15 years of countless gigs across the South they live up to the name of Rockabilly Outlaws!!!

Check out last year’s live stream performance of Atomic Boogie for the Rockin’ Route 66 festival on our YouTube channel. There are plans to livestream the headline performances at the upcoming 2020 festival. We understand not every fan of the festival will be able to attend in 2022. There are still many reasons for this potential hurdle to address and work around. That said, we think it is important to showcase Rockin Route 66, even if you cannot be in attendance. We will bring the concert to you! Follow us on our YouTube channel, Grease Inc. & Garage71, and click subscribe.

Another great addition to this year’s lineup was inviting Danny B. Harvey and Annie Marie Lewis out of Austin, Texas.

Danny B Harvey is best known as the Guitarist for the super group HeadCat, a band he formed with Lemmy Kilmister from Motorhead) and Slim Jim Phantom from The Stray Cats, Danny B was also a founding member of the The Original Neo-Rockabily band The Rockats and his dynamic “Whitestripes of Country” duo THE LONESOME SPURS. Danny has also produced, recorded and performed with Wanda Jackson, Nancy Sinatra, Johnny Ramone, The Rockats, Levi Dexter and The 69 Cats.

Annie Marie Lewis is the niece of Jerry Lee Lewis, Daughter of Linda Gail Lewis and cousin of Mickey Gilley. Annie, has the genealogy, the roots, and is a direct blood connection to the first family of Rock’n’Roll. She has been opening shows for Jerry Lee with her mama since she was a teenager as well as singing backups with her uncle Jerry and touring the world with mama Linda Gail and Van Morrison. Now Annie Marie has hooked up with the Texas Rockabilly Vampire Danny B. Harvey and has been touring and recording with him even since. Pure Rock’n’Roll Royalty!

Danny ‘n’ Annie have been touring the USA and Europe as a duo extensively since hooking up in 2014 and releasing their first critically acclaimed CD “Barbwire Heart” on Lanark records in 2015. As a musical husband & wife team couple Danny ‘n’ Annie have been called the rock’n’Roll version of Johnny Cash & June Carter and fans love seeing them onstage together and follow their career with great interest.

Shortly after playing the “Winter Dance Party” in 2017 Danny ‘n’ Annie released a second CD, “Reckless, Wild & Crazy”, which features a duet with the late great Lemmy Kilmister on the Elvis Sun Records Classic “Trying To Get To You”. This CD has received great press and rave reviews from the mainstream Americana & Roots music print and online press as well as mainstream rock and press because of Lemmy’s involvement. They just released a CD, recorded live in Crappone France, called “A Family Affair – Live in Concert”, with Annie Marie’s mama, Linda Gail Lewis.

We are working with Danny on something special for the return of Rockin Route 66 in June of 2022. You are going to have to follow us on social media for all the latest updates.

Over the years, we wanted to ensure the Rockabilly Rumble included kids. We need to ensure the kids today stay interested in hot rods, the music, all the aspects of the Kustom Kulture. So, to do that we work things into the day including this year’s Pedal Car addition to the car show.

The amazing part about this portion of the show is it brings families together to create something neat and exciting. Then the kids get to see others admire their works. The Rumble then provides a little satisfaction over their creations. The goal is to help support and motivate the younger generation for years to come in the Kustom Kulture lifestyle.

Lastly, what Kustom Kutlure show would be complete if it did not include Hot Rods. We enjoyed signing up over 50 cars to this year’s show. Best of Show received $500 cash prize. The winner of this year’s Rockabilly Rumble goes to Robert Trail with a 53′ Kaiser Manhattan. This ride was gorgeous. Another kool thing about Robert was the shirt he was wearing. Robert showed wearing his 8th year Hell on Wheels shirt. Yet another amazing show put to rest due to the pandemic. Don’t you worry, Hell on Wheels will return.

There has been a lot that has affected us all over the past year and a half. The pandemic brought the best in all of us, as well as the worst. Truly the best thing it brought out is the understanding that humans do need to socialize and be surrounded by others. The Rockabilly Rumble started off the day with a solid rain. As we all know in the industry, this is the killer of all outdoor festivals and shows. Somehow, the skies cleared at noon, and the people came out. There were smiles and faces we haven’t seen in nearly two years. It was a great feeling. 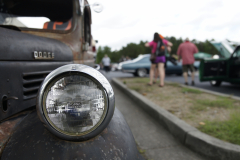 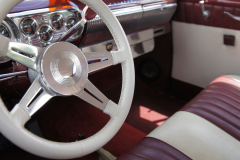 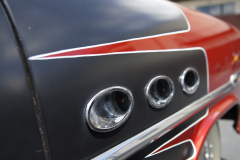 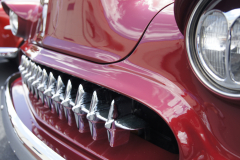 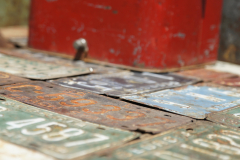 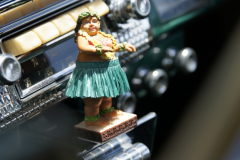 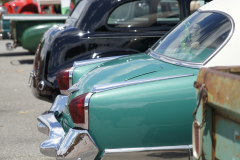 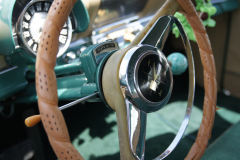 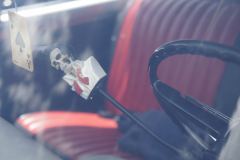 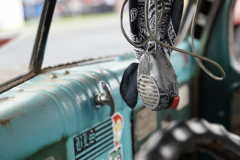 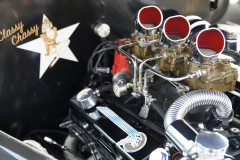 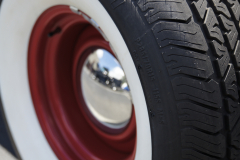 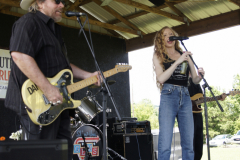 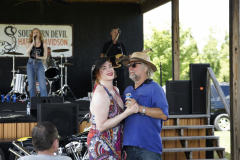 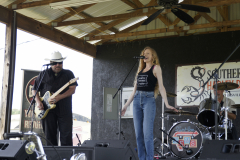 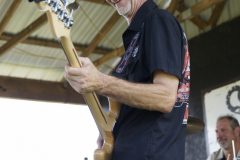 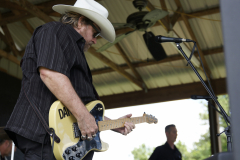 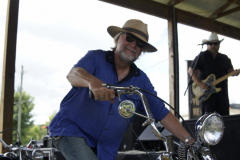 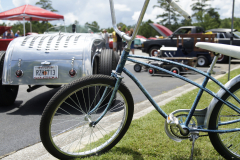 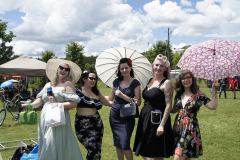 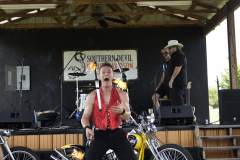 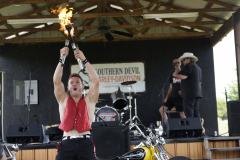 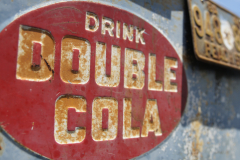 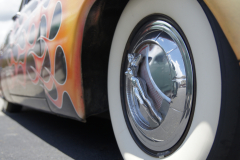 To sum up, we want to thank everyone who came out, and we are planning for an 8th annual Rockabilly Rumble. We will have to move the dates of the Rumble next year, as we will be back out in New Mexico for the Rockin Route 66 festival. The dates for Rockin Route 66 have been set. make sure to mark your calendars today for June 23rd – 26th, 2022. Furthermore, we highly suggest to book your rooms today for the festival. Several of the vintage inspired motels are already selling out.